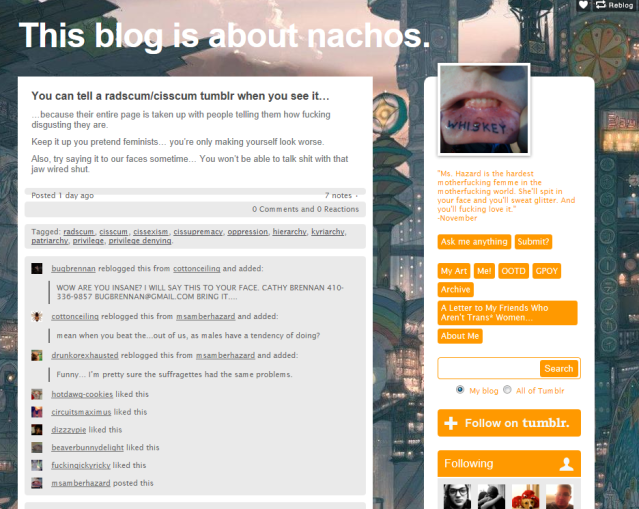 You can tell a radscum/cisscum tumblr when you see it…

…because their entire page is taken up with people telling them how fucking disgusting they are.

Keep it up you pretend feminists… you’re only making yourself look worse.

Also, try saying it to our faces sometime… You won’t be able to talk shit with that jaw wired shut.

But it is ok because she has a right to be angry!