A Trans Man Walks Into A Man’s Spa…Have You Heard This One Before? 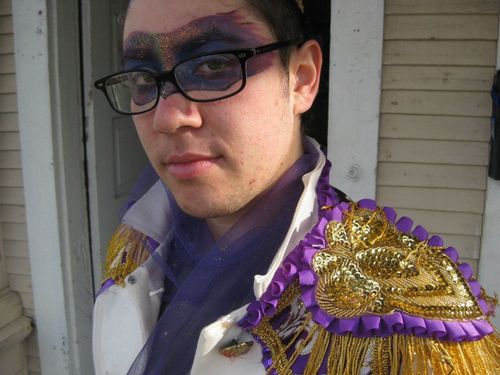 this jacket is fab!

Levi is a trans man who lives in Chicago and does union organizing. He seems like a good person.

And he’s not trying to invade women-only space, even though I’d welcome him (as he’s actually Female).

It’s Levi’s “actual Femaleness” that led Levi to cross my desk. The Windy City Times reports that Levi has filed a complaint with the Illinois Department of Human Rights for gender identity discrimination.

Apparently, Levi was told that because he has a vagina, he cannot get naked and shower around naked Men. Specifically, management at King Spa & Sauna told Levi that he could not use the spa’s men’s shower area. Management told Pine he could either use a private shower or leave because Actual Men complained they were uncomfortable showering with a Female.

A manager named John at the Spa said he recognizes that transgender people are a minority and that he treats all of his customers the same – but he didn’t want other customers to feel uncomfortable.

Because the Men using the club – who are Male and are in a Men-only space – have an expectation that they can get naked in a space that legally excludes Females.

This seems reasonable to me. Men have a right to organize as and with Men, and have their own space.

But does Levi have a claim? 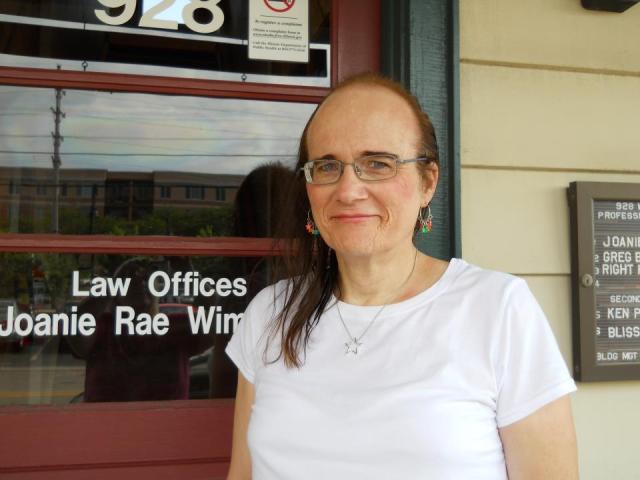 What does Illinois law say? Illinois bans discrimination based on “gender identity” through its definition of “sexual orientation,” which defines it to include “gender-related identity, whether or not traditionally associated with the person’s designated sex at birth.” See 775 Ill. Comp. Stat. 5/1-103(O-1); 775 Ill. Comp. Stat. 5/5-102. Oh, that’s helpful and not at all useless (this is me being sarcastic. We’ve discussed the problem with this definition here).

Wimmer correctly notes that the Illinois Human Rights Act does make exceptions for the case of “sex” in locker rooms, health clubs and other settings. But Wimmer believes that exception only applies to “sex” and not to “gender identity,” two different protected categories.

And what does Illinois law actually say?

Illinois law provides that the Human Rights Act does not apply to “(a)ny facility, as to discrimination based on sex, which is distinctly private in nature such as restrooms, shower rooms, bath houses, health clubs and other similar facilities for which the Department, in its rules and regulations, may grant exemptions based on bona fide considerations of public policy.” 775 ILCS 5/5-103(B). That is, the law allows businesses like a spa to establish a boundary based on sex for facilities “distinctly private” in nature.

I would like to personally thank Levi for filing this claim. I think it’s far more likely, because Levi is actually Female, that the Men-only position will win. That result will benefit Females making the case that our right to have sex-segregated space trumps the right of a Man who feels like a Woman to penetrate that space.

As always, looking forward to seeing how this all unfolds.