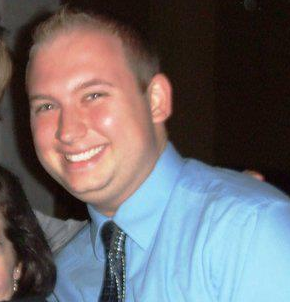 Peter is a Gay Go Getter profiled in the Louisiana version of that Examiner newspaper in May for his go-getterness.  Peter wanted to attend a Victory Fund Training as a start to his dream of being the first openly-gay Louisiana legislator! 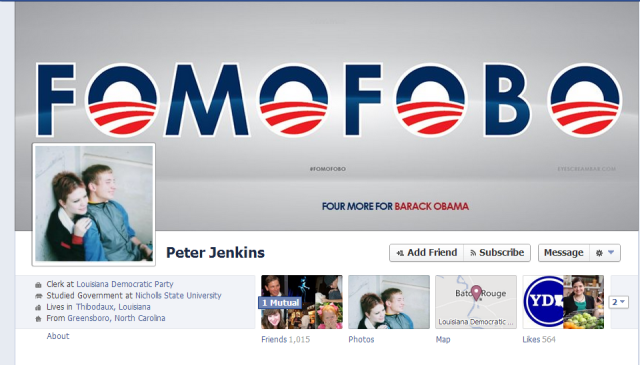 WHAT A GOOD GAY!

But it’s not just glory he seeks.  Peter Jenkins is concerned about important issues.

Like destroying Women-only space. Like telling Women our sex – the very thing used against us – is a Social Construct. Helpful!

According to the Peter Jenkins, Government needs to protect the rights of all individuals, such as transgender individuals. He expressed how often transgender individuals – a population sometimes even overlooked by the marriage equality movements – are denied basic rights. For instance, he said, employment can be a problem since often the sex on their legal documents doesn’t match their gender.

Marriage equality can be a big issue for transgendered people as well though, Jenkins said, because often a transgendered person’s marriage can be invalidated depending on how the court views gender – since many courts view it as unchangeable from birth – which means they can lose many rights, as well as parental rights to their children.

Awww, what a good guy, right?

Jenkins also admitted that he’s afraid that once marriage equality passes, the larger movement of people will decrease in number, similar to how the feminist movement temporarily waned after women gained the right to vote.

On the subject of women’s rights, Jenkins said he’s against the War on Women.

I JUST DO NOT UNDERSTAND!!

Here’s why, Peter. Because Men like you keep shouting over WOMEN and telling us what and how to think.

In an episode of unbridled mansplaining, Peter took STRONG exception that Feminists – Women – in an Online Feminism group on Facebook would dare to suggest that Trans Women are Men! The horror!

So Women discussing issues of concern to Women – like this case of the man claiming Gender Identity as a means to gain access to Women-Only Space – makes that group a Hate Group.

So, Peter Jenkins, Victory Fund trainee, thinks Women are HATEFUL for knowing that Men are Men and that Penis is Male.

SO MUCH FOR CARING ABOUT WOMEN!

And, even better, when called out on this – that Women have a right to organize as Women and to establish boundaries based on Sex – Peter pointed out that “we live in a democracy.” You know, a democracy where the rights of 50% of the country can magically be erased by saying “Trans Women Are Women.” That kind of democracy. And that makes it right. Because reasons.

Peter Jenkins – Women must have a 100% right to determine their own boundaries.

Let me repeat: Women must have a 100% right to determine their own boundaries.

You wonder why the War on Women is still raging? Tools like you who keep insisting that Men are Women and should have access to Women-Only Space – you dilute our efforts, you aid the enemy, you are the enemy.

Just Say No To Peters. For the sake of all of us.

← There Is No Opt-In; You Cannot Opt-Out
Here Are Your Neighbors Who Will Vote Against Marriage Equality →