The Definition of Insanity

“Women have served all these centuries as looking-glasses possessing the magic and delicious power of reflecting the figure of a man at twice its natural size.”
– Virginia Woolf, A Room of One’s Own

Every four years, many of us get a pain in our side thinking about making the best of a bad situation to vote for the lesser of two evils in a United States Presidential Election. 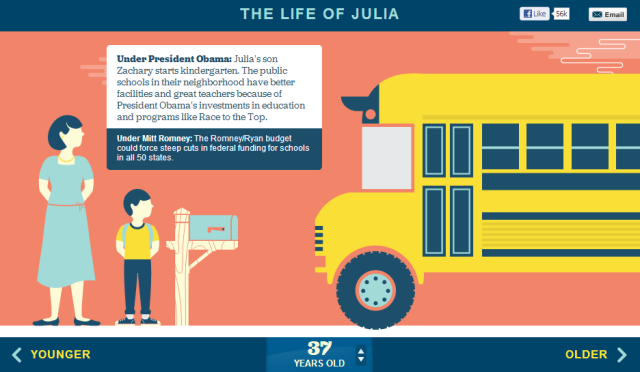 LOOK! THE DEMOCRATS CARE!! THEY HAVE A NARRATIVE OF WHAT A WOMAN’S LIFE LOOKS LIKE!

Like many of us, I have gone back-and-forth on the issue of voting. In 1992, the first time I could vote in a presidential election, I voted for Lenora Fulani, the New Alliance Party candidate who famously heckled Bill Clinton –  New Alliance has since been classified as a cult by the Anti-Defamation League (WHOOPS).

Yes, some Women say, the Democrats are “better” on Women’s Issues than the Republicans. Even though many Liberal Democrat men are pro-porn, pro-SlutWalk dickwads – we as Women make the calculation that some rights are better than no rights.

If you vote strictly on the U.S. Supreme Court and abortion – a calculus I have used in my voting life – Women should vote Democratic, as Republicans revel in having a strongly anti-abortion platform. On other Women’s issues, such as the proliferation of pornography, Liberals are often worse than conservatives, as Liberals like use “Freedom of Speech” to justify Woman-hating and Child-hating content. 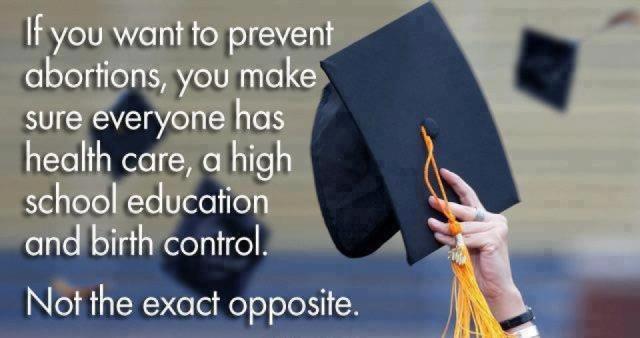 So what’s a Woman to do?

One approach is to look at how and how often the Political Parties address Women’s Issues.

The Democratic Party Platform mentions “Women” 46 times, “Woman” 6 times, “Girls” 4 times, “abortion” 4 times, and “rape” once.  “Sex” meaning “male” or “female” is mentioned only in regard to human trafficking. “Gender” gets 7 mentions (and I think they mean “sex”).  Reproductive choice is mentioned once as is “right to choose.” Contraception gets 3 mentions. Child/children are addressed 28 times. Pornography and prostitution get ZERO mentions (not surprisngly), although trafficking garners 11 references. Domestic workers also gets zero mentions, but violence against women gets 7. Poverty gets 14 mentions; working families, 7.

The Republican Party Platform mentions “women” 19 times and “woman” twice (both times regarding heterosexual marriage). “Girls” gets two mentions in regard to restricting reproductive choice. “Abortion” gets 19 mentions, but Rape only gets one. Sex earns 8 mentions, mostly with regards to heterosexual marriage. Gender gets one mention (and means sex, as it calls for a ban on sex-selective abortions), as does contraception. Child/children get 40 mentions. Pornography is referenced twice, but only with regard to child pornography. Prostitution earns zero mentions, and trafficking gets 4. Domestic workers and violence against women also get no mentions.  Poverty gets 6 mentions, but none for working families. 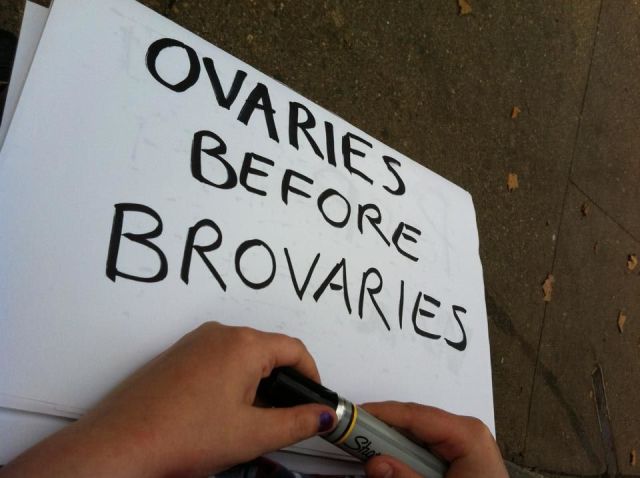 So, vote Democratic if you care about reproductive choice. But you will get a heaping dose of pornography with that (and you can read Right-Wing Women yourself.

I don’t know why you would vote Republican if you have a vagina.

Outside of the Two Party Hegemony, you have much better platforms on Women’s Issues. The Peace and Freedom Party – which this year is running Roseanne Barr and Cindy Sheehan and is not on the ballot in many states – demands “full equality” for Women in all aspects of life.

Roseanne has declared her support for women-only spaces, which distinguishes her from any other candidate. Thanks Roseanne!

The Peace and Freedom Party platform states that sexism is a major instrument for teaching relations of domination and inequality and for keeping one-half of the workforce underpaid or unpaid. The Peace and Freedom Party wants to end oppressive sex roles in society, ensure equal rights and responsibilities in child raising, and will work with unions to “do more to organize women and promote women’s leadership.” The Party demands:

Roseanne is on the ballot in some 20 states.

Like the Peace and Freedom Party, the Green Party has a robust platform that addresses many of the concerns Women have and implicitly references Patriarchy:

Since the beginning of what we call civilization, when men’s dominance over women was firmly established, until the present day, our history has been marred with oppression of and brutality to women. The Green Party deplores this system of male domination, known as, in all its forms, both subtle and overt – from oppression, inequality, and discrimination to all forms of violence against women and girls including rape, trafficking, forced sex which is also rape, slavery, prostitution and violence against women within marriage and relationships and in all institutions.  The change the world is crying for cannot occur unless women’s voices are heard. Democracy cannot work without equality for women that provides equal participation and representation.

The Green Party Platform on Women is well worth a read. Unfortunately, after all this goodness for Women, the Greens do the fauxgressive schtick and say “but fuck women’s rights when we are talking about transgender people!”

In keeping with the Green Key Values of diversity, social justice and feminism, we support full legal and political equality for all persons, regardless of sex, gender, sexual orientation, or gender identity, characteristics, and expression.

I know, I know. Don’t let the perfect be the enemy of the good. But you are assuming “this is good.” 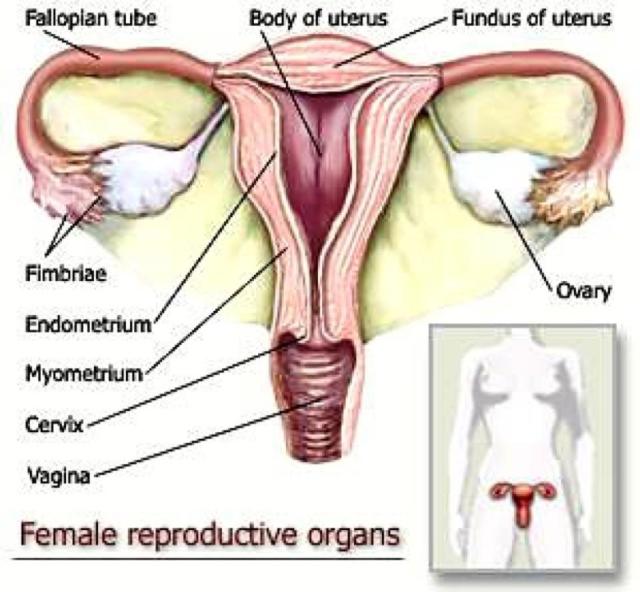 Many Women, it seems, don’t agree that what we have is good enough. According to a recent Marketplace analysis, most undecided voters are Women.  UCLA Political Science Professor Lynn Vavreck states that “(t)hey’re just not paying attention to the race, perhaps because their lives are too busy.”

This *shocks* many of us who have paid close attention to the War on Women raging over Women’s Reproductive Capacity – and it’s been an especially egregious time for Women with discussions about whether Male Politicans should enact laws that require us to have ultrasounds before abortion and around whether Legitimate Rape is a thing.

But maybe they are not paying attention because they realize the two major parties don’t really speak for or to us and our concerns.  Maybe they realize it doesn’t *actually* matter who wins, as far as Women are concerned.

Women will continue to be a target, from the Left and the Right.

How do we do this? Women’s ability to organize as Women is under attack by both Men on the Left and Men on the Right. Indeed. so-called “Left” GLBT People vociferously attack Women who seek to have Women-Only Political Space.

If Women cannot have Women-Only Political Space – if such space is demonized as hateful, bigoted, wrong – Women will never be able to organize as Women around issues that matter to us.  Our issues will be derailed and devalued. Women will continue to have to accept the crumbs thrown us by the two major political parties, or labor in the lefty Manarchist vineyard of third-party politics (or the right wing Tea Bag equivalent, which I cannot even touch in the interest of my ulcer).

None of this sounds satisfying.  All of it sounds compromising.

A version of this column appeared in Baltimore OUTloud, November 2, 2012.