“It’s just fucking typical that a man-born lesbian can’t get the concept of not being allowed somewhere.”

[About a musical based on DiMassa’s cartoon, Hothead Paisan being premiered at Michigan Womyn’s Music Festival, which excludes transsexual women:]

Bitch: What about the MTFs?

DiMassa: Oh, they’re very angry. Okay. It started out with, “We knew you were such a supporter of the transgender community because you drew [the ambiguously gendered Hothead character] Daphne, and how could you let this happen?” and on and on and on. Then it turned into the rumor:
“I heard you’re putting on a Hothead play that excludes Daphne!”

So, you know, it’s a widening fire. But, as Susan has explained to me, Michigan’s official policy is that Michigan is a space for women-born women who have experienced what it’s like to grow up female in our patriarchal society. And just by saying that, they recognize that there are different types of women.

Now—should I say this on the record? It’s just fucking typical that a man-born lesbian can’t get the concept of not being allowed somewhere. “How dare you! I must be allowed in there.”

Unfortunately, this is going to get interpreted that I am antitranny, and that’s not the case. Daphne has become sort of the transgender hero character. But I never used that word. I never said which way she was going. I never said if she was MTF or FTM. At one point, I was going to announce that she was transitioning from butch to femme. I wanted the point to be: Why do you have to know what she is in order to know how you feel about her?

[Animal] wants to start another festival that’s inclusive of everyone. Because her stance is the same thing: Michigan is for what it’s for, and instead of wasting your energy prostesting, go start one. So she’s working on that. 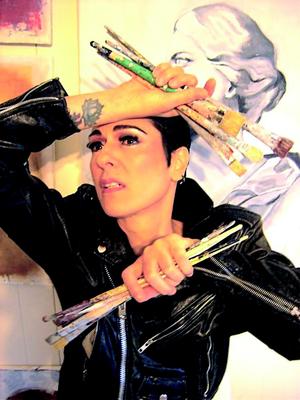